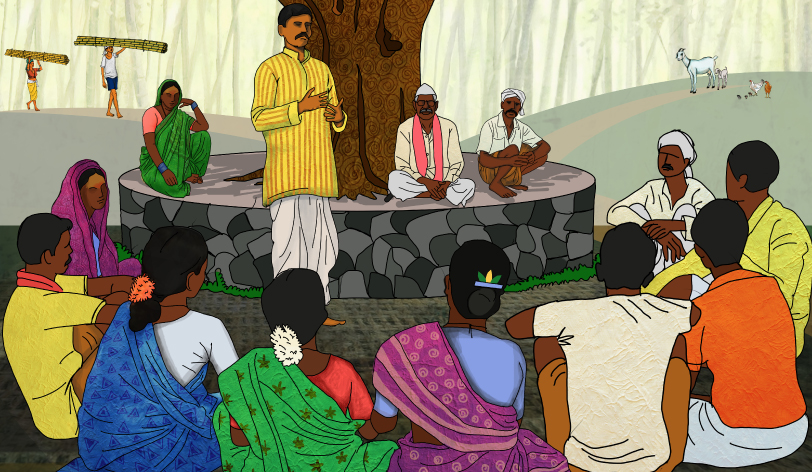 The Digital Bharat momentum has caught pace faster than the speed of light in the last few years. India is the world’s fastest-growing internet market and the second largest.

With a radical onboarding of 8 to 10 million internet users per month in India, new opportunities for marketing and advertising platforms have arisen. This new-aged internet user proliferation is just the beginning of a new age in the digital era that demands attention to address the untapped Indian internet users.

A Study on Bharat 2.0 reveals a 45% growth in Active Internet Users in rural India since 2019. While 90% of the Indian population speaks and understands a native language, internet penetration in India has multi-folded.

Who are these new-age internet users?

The penetration of internet connectivity to the narrower streets of the country has led to onboarding more internet users in India than ever before. In addition to the reduced data costs, a boost in intelligent device owners, and an increase in digital users in the post-pandemic times. Digital adoption has become easier, especially since COVID when we were left with no other medium to socialize and move forward.

Reports say there are, 352 Mn users from rural areas, a significant 20% higher than urban – a huge opportunity awaiting to be tapped as they join Bharatvarsh’s digital revolution. These new internet users have a distinct way of using the internet, consuming, and communicating.

Defining what is New Age Internet User in simpler words:

A key statistic to note from the recent studies is that out of over 500 Million new-age internet users, According to an ICUBEᵀᴹ 2020 report,

In our recent event at, Indian Digital Brand Fest 2022,

Anshuman Misra mentions how a new dataset is to be targeted. Expand the reach for brands to reach a more wholesome audience without the ‘Urban areas’ or ‘language’ category being a barrier to the reach of their campaigns.

Hemant Jain shared how Lokmat media has focused its major resources on bringing regional content to the forefront. He also adds, when we look at the Bharat audience, we think of it as a socio-economically poor audience. But the reality as opposed to what the world assumes is India has a very vast audience on the internet. When we mention Bharat on the internet, we are addressing audiences from all categories, demographics, and geographies—and it’s only increasing. The unreachable and unexplored pockets now are within the discoverability.

The Indian internet market has grown fast and varied in the last few years, resulting in onboarding audiences belonging to the technologically developed regions and the fast-developing regions of India. This digital movement in India has augmented the market. Marketers have an already-established urban-focused market with medium to high spending power which has a major set of audiences that understands English language advertising.

And, we also have tier 2, tier 3, and more rural regions which also have low to medium to high spending power but are more likely to take action when they come across regional language content. The latter group has only now come into focus since the network and accessibility outbreak.

The key indicator to focus on here is the lack of communication by the brands with this second market that is rapidly consuming the internet in India.

As Hemant mentions among the many challenges in the above discussion, the challenge for publishers and advertisers with language compatibility is major. He further mentions use cases where a Marathi language publisher allows English language ad campaigns, which ultimately means taking a hit for both parties.

It is crucial for content creators to retain content compatibility for their core readership and influence advertisers to do the same.

To tap into this vast untapped market, advertisers need to target data sets that encompass these newly onboarded members of the internet in India. Ad platforms like Adgebra are among the few only leaders who categorize regional features for advertisers and publishers in India. Adgebra is India’s largest multimedia-multilingual ad platform with ads in 10+ regional languages, 30 Billion+ Monthly impressions, 500+ M unique reach, 2000+ Publishers, and 1000+ advertisers.

Challenges as an agency–

There needs to be a synergy between ‘the content’ the publisher is posting and ‘the ads’ they are running. It is then that the performance can be brought to focus says, Anshuman Misra.

The demand is coming in for – a dataset that is the mature and urban dataset, brands also mention they do not have the resource(especially data sets) to target these new-age internet users who have greater disposable income but aren’t the ideal English-speaking audience.

There is a challenge in addressing the new-age internet users because the data needs to be segmented or categorized with their use cases in focus. Brands do not have targeting parameters for these regional language audiences.

Brands are definitely understanding they are missing reaching out to a large chunk of the audience and their target audience which they would not want to do. I would say that is one of the major challenges that we’re looking at, adds Anshuman.

Challenges as a brand/ advertiser

As mentioned above, Anshuman says the brands have now started to pick the ques. To expand their reach, they must focus on these newer internet users who have purchasing power but do not understand their product due to a language barrier. Advertisers have begun to make their campaign targeting more region-specific, and regional language ads.

Challenges as a Publisher/Content distributor

A major publisher challenge is the perception of regional language publishers/content. As Hemant mentioned at the Panel discussion, ‘regional does not mean socio-economic poor’. It only essentially means capturing the essence of a diverse nation like India. There are many online users, 234 million Non-English language internet users to be precise,  who are not restricted to the use and understanding of the English language, nor are restricted in terms of purchase power.

High-traffic pages are expected to convert high-performing ads but not at the cost of their readership. Regional ads for regional content publishers are the way to maintain the synergy that is otherwise disturbed and creates annoying ad experiences for internet users.

This brings us to the final question where we summarize the article for you,

Can a company without a vernacular strategy penetrate deep into the Indian market?

Given these stats, The answer to this question is very evidently a big fat NO.
If the market you are looking at is segmented into various concentrations of regional nuances, it is a must for brands and agencies to communicate with the consumer in the given regional language. Marketing collaterals, news distributions, and Ads in regional languages are better transmitted and deciphered by the common regional consumers if they linguistically relate to the content. If a foreign language is used to sell a solution, the problem will never be solved, at least not using your solution.

Adgebra is and has been India’s largest multi-media and multilingual adtech platform that allows advertisers to run ads in regional languages. We support ad translations with a unique mix of AI + Human translations. We go a step further by helping advertisers to translate the landing pages and provide an end-to-end solution. It has been our expertise to bridge the gap between regional language consumers, brands, publishers, and advertisers. 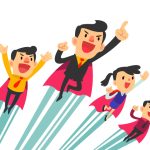 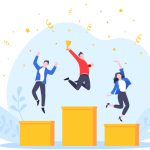 Next Article Adgebra a leading SME of